Sterling hit a fresh two-year low of $1.2120 against the dollar on Tuesday, before recovering some ground.

The currency also slid against the euro, falling to €1.0881 at one point.

Under new Prime Minister Boris Johnson, the government has toughened its stance on a no-deal Brexit, which it has said is “now a very real prospect”.

The pound – which was trading at about $1.50 against the dollar before the EU referendum in June 2016 – has dropped by 2.4% since Monday, when a spokeswoman for Downing Street said that the UK would not enter talks with Europe unless the so-called Irish backstop is scrapped.

She said that because the EU has said it is not willing to renegotiate on this point, “we must assume there will be a no-deal Brexit on 31 October.”

It follows comments at the weekend by Michael Gove who wrote in the Sunday Times that the government is now “working on the assumption” of a no-deal Brexit,

Mr Johnson appeared to strike a slightly softer tone on Monday afternoon, when he said he would “hold out the hand” and “go the extra thousand miles” to strike a new Brexit deal.

However, it was not enough to stop the overnight slide in sterling.

Seema Shah, senior global investment strategist at Principal Global Investors, said: “If it looks like this juggernaut cannot be stopped, we do expect sterling to keep falling.” 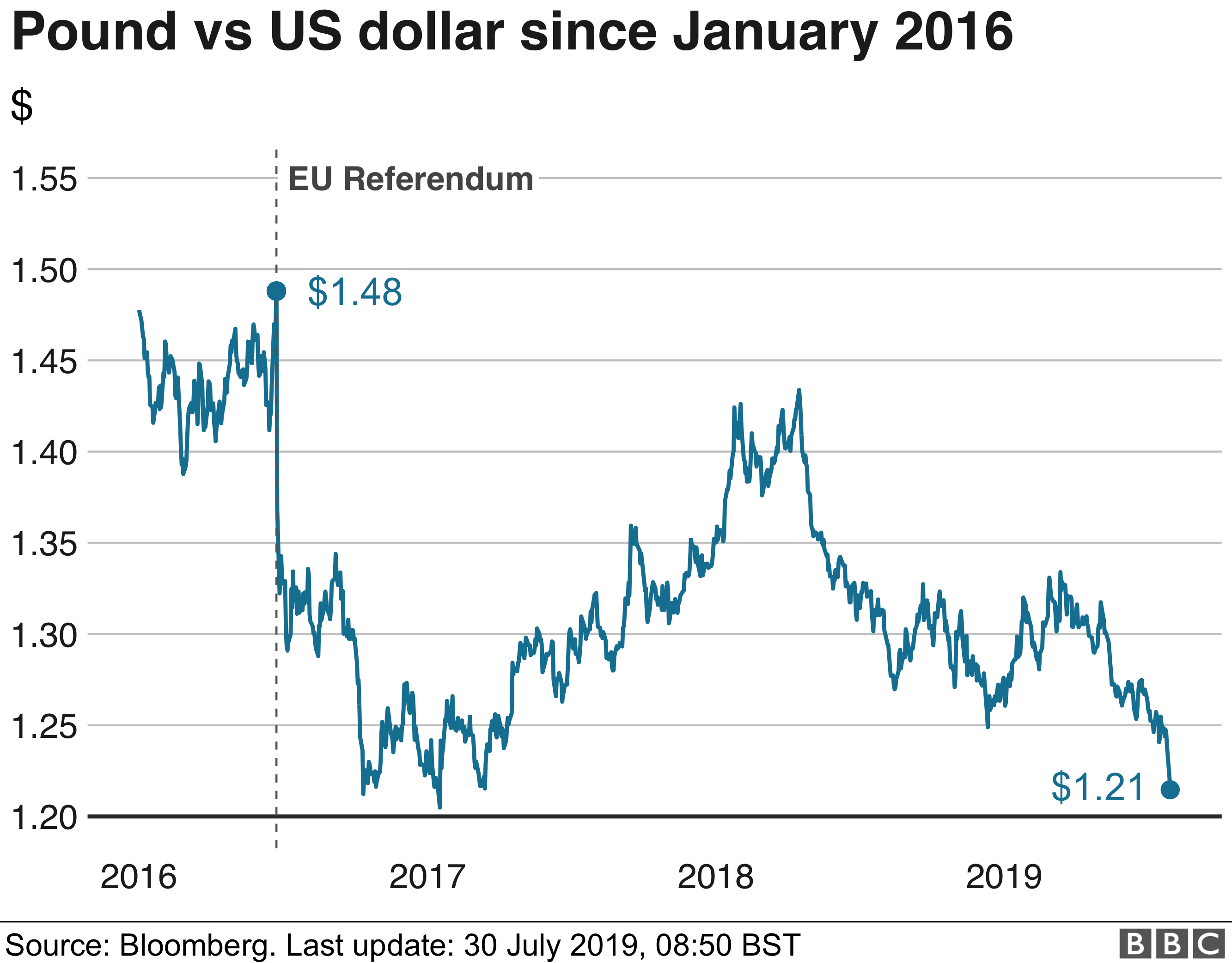 She said that the pound could drop as low as $1.18 against the dollar, but she added: “There is a widespread view that a no-deal Brexit will be stopped.”

But Ms Shah warned if the UK does leave the EU on 31 October without a deal, the pound could fall through $1.18 “pretty quickly”.

Laura Lambie, senior investment director for Investec Wealth & Investment, warned that the pound could fall further if the UK crashed out of the EU without a deal.

“I do think that investors are looking at a no-deal as a risk, not a certainty,” she said. “That does mean that if we do come out of the EU without a deal, then sterling has further to fall.”

The Mythbuster’s Guide to Saving Money on Energy Bills

Get in touch with us!

We’d love to help you out for whatever you need.
Just drop us a line and we’ll get back to you.

Get in touch with us

We’d love to help you out for whatever you need. Just drop us a line and we’ll get back to you.